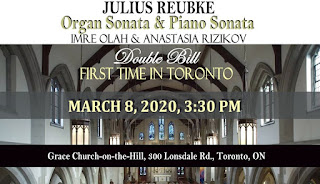 First time in Toronto, a rare treat - never before played in Toronto:

Little known composer Julius Reubke was Liszt’s favourite pupil in Weimar, where he composed the Piano Sonata in B flat minor - profoundly influenced by the Lisztian model - and the Organ Sonata on the 94th Psalm in C minor, which is believed to be one of the greatest organ works in the classical repertoire.

This unique and never before played double bill in Toronto showcases Reubke’s two most famous sonatas, performed by Imre Olah on organ and Anastasia Rizikov on piano.

Dying at the age of 24 and leaving only a handful of compositions and the heartfelt testimonials of teachers and friends, Julius Reubke represents one of the most intriguing might-have-beens of the Romantic era in Germany.

Liszt’s words, in a letter of condolence to Reubke’s father, are often quoted: ‘Truly no one could feel more deeply the loss which Art has suffered in your Julius, than the one who has followed with admiring sympathy his noble, constant and successful strivings in these latter years, and who will ever remain true to the memory of his friendship.’

Imre Oláh was born in Hungary.  He studied music in Budapest, specializing in organ performance.  Later, his studies involved specialization in choral music, and choral direction.

Ever since he moved to Canada in 1989, Imre has served as music director, and organist in several churches.  He has been part of the musical life of the city, presenting organ recitals, and accompanying choirs, and soloists.

He also performed organ recitals in Hungary, Germany, Italy, and in the USA.  He holds the Associateship Diploma with the Royal Canadian College of Organists.

Anastasia Rizikov, a young Canadian pianist was born in Toronto, Ontario. She began her studies at age of five, and since then showed unparalleled dedication to both practice and performance. Since 2004, she studies with award-winning piano teacher Maia Spis at the Nadia Music Academy in Toronto. In 2017-2019 she studied with Rena Shereshevskaya and Marian Rybicki at École Normale de Musique de Paris (Paris, France, 2019) where she received her Diplôme Supérieur de Concertiste. Ms. Rizikov also has played in master classes for Sergei Babayan, Vladimir Feltsman, Awadagin Pratt, Arie Vardi, Robert Levin, Ferenc Rados, Anatoly Ryabov, Oxana Yablonskaya, and has worked with András Schiff, Emanuel Ax, Menahem Pressler, Gabor Takács-Nagy, and Olga Kern.

In fall, 2019 Anastasia had a 2-week concert tour in the Northern Canadian provinces, organised by Piano Six, which was founded by Janina Fialkowska - the group of six Canadian pianists that A. Rizikov had joined in 2018. 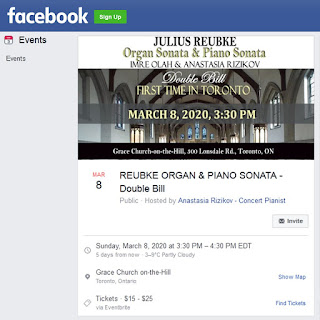 Posted by Olga ArtJunction at 7:56 PM No comments: 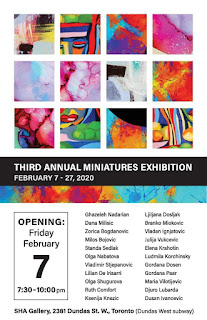 Venue: Art Gallery of The Serbian Heritage Academy of Canada

Posted by Olga ArtJunction at 9:46 PM No comments: 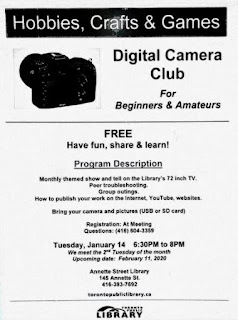 We meet once a month
on recurring dates listed below

Program Description
Bring you camera and pictures (USB drive or SD card).
Bring some (5-10) pictures on the theme for our next meeting to share.
Try to bring these on a USB stick. 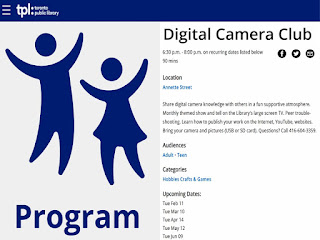 Posted by Olga ArtJunction at 4:32 PM No comments: 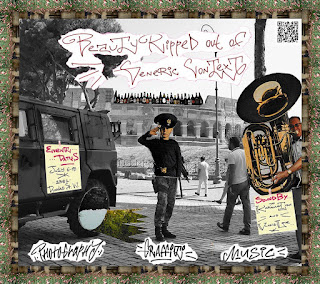 “Beauty Ripped out of Generic Context” is a contemporary art exhibition, showcasing the work of Russian Toronto Based urban artists David Grif & Arseny Martynov.
Plus DJ live set by VladisLove and Ivan Karaulov

Immerse yourself into the heart of Toronto city life. 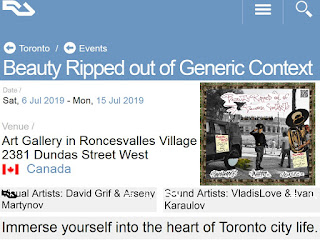 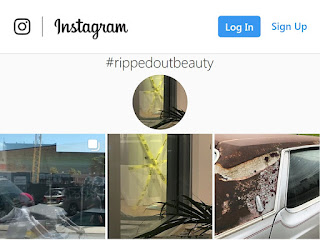 Posted by Olga ArtJunction at 3:46 PM No comments:

Landscape as the Inspiration Art Exhibition at Gallery SHA 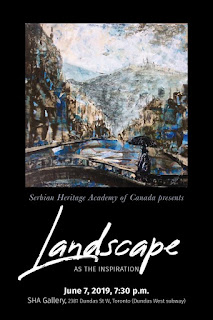 The Landscape as the Inspiration
Pejzaži Kao Inspiracija 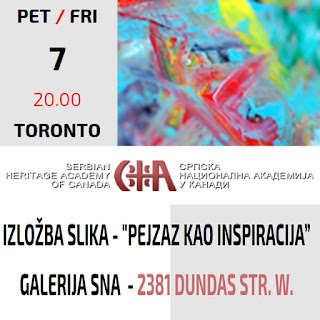 Posted by Olga ArtJunction at 6:33 PM No comments: 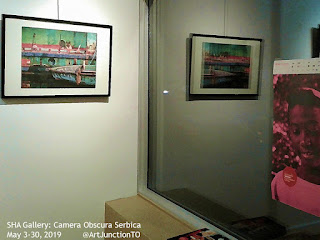 Venue: Art Gallery of The Serbian Heritage Academy of Canada 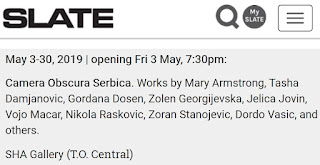 Posted by Olga ArtJunction at 7:31 PM No comments: 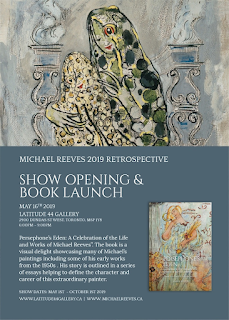 
As part of the 2019 Retrospective, we are pleased to announce the launch of our new book "Persephone's Eden: A Celebration of the Life and Works of Michael Reeves”. The book is a visual delight showcasing many of Michel's well-known works as well as previously unseen early paintings. The book is punctuated by a series of essays contributed by Michael's family, friends, colleagues, collectors and critics, detailing his life from his early days and studies as a student at the Bath Academy of Art, through his career as an antiques dealer in London and Toronto, to his transition into full time painting and the eventual restoration of his Port Perry studio and property following his death.
Michael Reeves is arguably one of the last Neo-Romantic painters of his generation. His peers and mentors have been Directors and Trustees of the Tate and National Galleries in England. In 2005, Joan Murray considered his works a "triumph of individualism". The book title, "Persephone's Eden" is named after the land where he and his wife Norma found their place in paradise on Lake Scugog in 1984, the works Michael produced there are the product of his dream come true.
Through this book, we hope to create a deep understanding and appreciation for Michael and his extraordinary works and to shed light onto his contribution to the world of international and Canadian art.
Along with a selection of paintings from his most prolific phase during the late 1980's to early 2000's in Port Perry, the Retrospective in 2019 is the first time any of Michael's 1950's works have ever been shown. 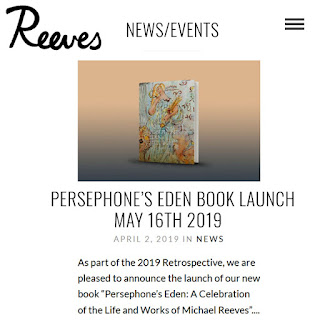 Posted by Olga ArtJunction at 8:36 PM No comments: 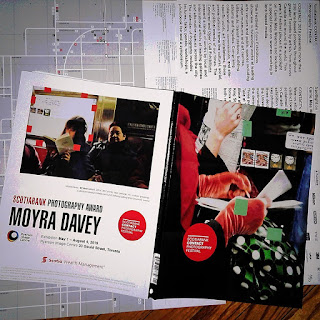 Every May in Toronto the Scotiabank CONTACT Photography Festival provides a month-long celebration of the art and profession of photography. During the festival participants exhibit in a variety of venues, from major public museums to private galleries and many alternative spaces such as billboards and the facades of significant cultural buildings. 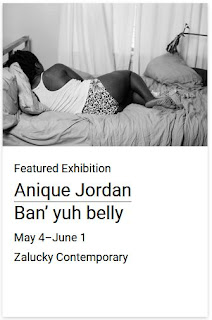 May 4–June 1
Opening Reception: Saturday, May 4, 3–6pm
Artist in attendance


Open Call Exhibitions
Drawn together from a call for participation, venues across Toronto showcase photography 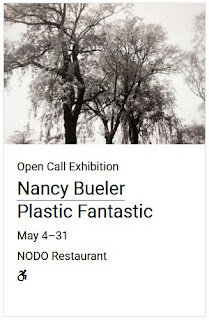 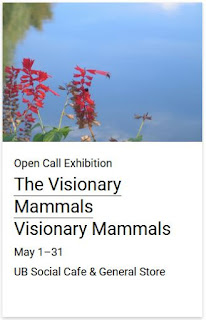 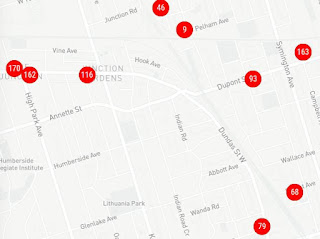 
CONTACT 2019 presents more than 200 lens-based projects throughout greater Toronto by artists from across Canada and around the world. This year’s Festival places the spotlight on Carrie Mae Weems and includes a special focus on women working in lens-based media. 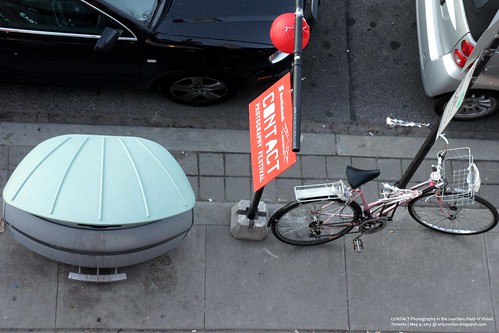 Posted by Olga ArtJunction at 10:09 PM No comments: 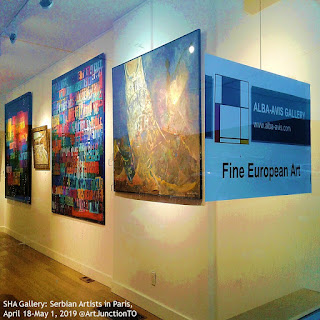 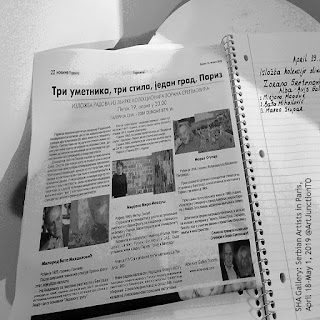 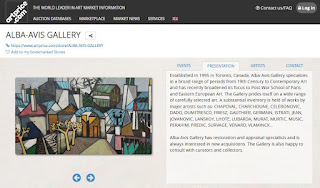 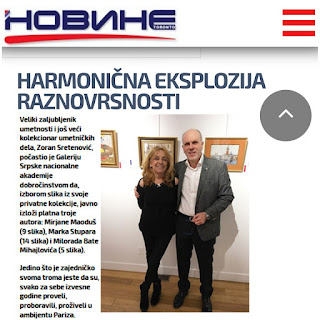 novine.ca: community: Harmonious Explosion of Diversity (google translation)
"These exhibited works of those three artists, even they are not compatible, presented for a moment a harmonious explosion of the diversity of Serbian visual arts of the second half of the 20th century."
by Radovan Gajić
Novine Toronto, broj 1576
09 Maj 2019

Posted by Olga ArtJunction at 11:42 PM No comments: 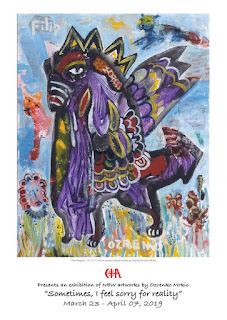 Sometimes, I feel sorry for reality

The artist will be present in gallery every day 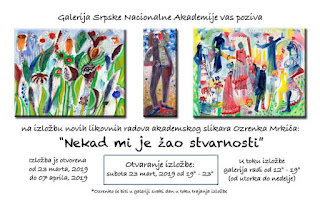 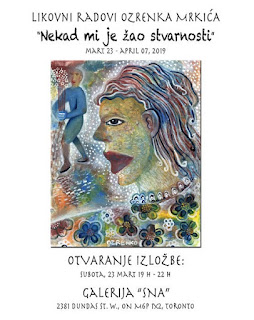 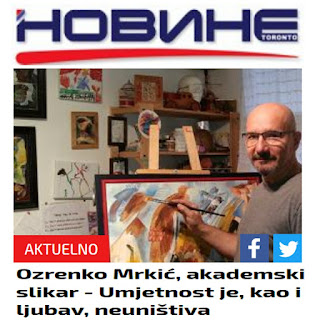 novine.ca: In Focus: Ozrenko Mrkic, an academic painter - Art, like love, is indestructible (Google Translation)
The reality is beautiful as long as there are people who allow us, among other things, to enjoy another world, the world of imagination and creativity. Send the light to the depths of the human heart, the mission of the artist.
The solo exhibition, Ozrenko Mrkić, entitled "Sometimes, I feel sorry for reality", will be officially opened at the Serbian National Academy's Gallery in Toronto on March 23, 2019.
by Ivana Djordjevic
March 14, 2019

Posted by Olga ArtJunction at 7:17 PM No comments: