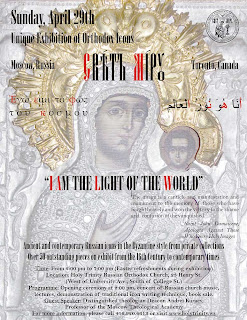 Lecture at 4 pm called:"The Theology of the Holy Icon". The lecture will be translated into English.

On Sunday the 29th of April an ICON EXHIBITION will take place in the Holy Trinity Russian Orthodox Church hall called "I AM THE LIGHT OF THE WORLD". Over 50 outstanding Icons from the 16th century to contemporary times from private collections world-wide will be exhibit!
The opening ceremonies will start at 2 pm and finish at 7 pm. Guest speaker during the exhibition will be Deacon Andrei Kuraev, a distinguished professor of Theology in Moscow and author of many books. Deacon Andrew will give a lecture at 4 pm called:"The Theology of the Holy Icon". The Lecture will be translated into English. Everyone is welcome!

I.K.-Your Sovereign, let us thank you for support and for you could find time to visit exhibition.
К.- I wish God help to all icon artists . May you work for God s fame. May God care you all.
I.K.-Your Sovereign, our participant from Canada has a question for you.
А.М.- Your Sovereign, hope you like the Exhibition, there are some ideas for making them in the USA. May be in Metropolitan, for Russian people are deeply interested in it.
К.-.I guess it’s a first exhibition, later it could be held abroad too. It may be held not only in America, but in Europe too because a world need to get acquainted with Russian icons and Orthodox belief. I was working in the USA, I know their interest to Orthodox art.
A.М.- Thanks God .I saw with my own eyes how people are interested in it. People of other beliefs, of different countries. Many of them are interested in spiritual growth in Russia, and it would be a good example for their spiritual development.
К.- May God help you in the USA, in Canada to accept and to develop Orthodox art.
А.М.- Thank God, Your Sovereign. Thank you.

Posts that contain "Russian icons" per day for the last 30 days.

Get your own chart!
Posted by The Vision Builder at 6:23 PM 1 comment: 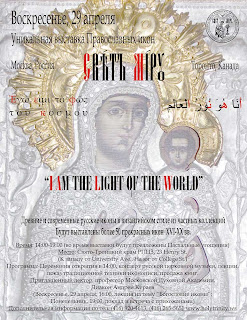 Posts that contain икона per day for the last 30 days.

Get your own chart!
Posted by The Vision Builder at 3:16 PM No comments:

Toronto Evening of Opera and Operetta with Soprano Helena Holl 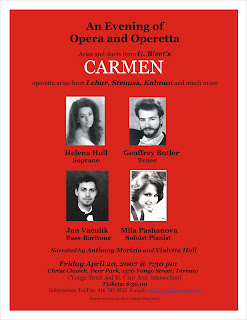 On April 20, 2007 Christ Church Deer Park is hosting a sparkling and magnificent evening of opera and operetta in a programme to include arias and duets from G. Bizet's Carmen, and popular operetta arias by Lehar, Strauss, Kalman, and much more.
Performers are Helena Holl (Soprano), Geoffrey Butler (Tenor), Jan Vaculik (Bass-Baritone), Mila Pashanova (Soloist Pianist). The show is also narrated by Anthony Morizio and Violetta Holl.

The first part of the concert will feature a melodrama in one act titled Carmen. This French opera was composed by Georges Bizet and based on a novel by Prosper Merimee. The opera was premiered at the Opéra Comique of Paris on March 3, 1875. Today, it is one of the world's most popular operas. In fact, Opera America claims it to be the fourth most-performed opera in North America.

Scene 1:
Imagine a square in Seville, Spain in the 19th century surrounded by factories and barracks. A bell announces the end of the shift at the factory. Among the factory workers is Carmen, the beautiful gypsy girl who catches sight of Don José and boldly goes up to him singing. Noticing his indifference, she challenges him by dancing a vortical "Habanera":"Love you not me, then I love you, / Yet, if I love you, beware of me!", and throwing a red rose in his direction she leaves.

Scene 2:
At José’s feet lies the flower thrown by Carmen. Hesitatingly, he picks it up, presses it to his nostrils and draws in its subtle perfume in a long breath. Then, still as if involuntarily, or as if a magic spell lies in its odour, he places the flower under his shirt and over his heart. It is a constant reminder of his growing love for Carmen. The ''torero'' Escamillo, winner of the Granada bullfight, arrives and is immediately attracted to Carmen.
Carmen is already thinking of other suitors and her indifference accentuates Don José's jealousy. This jealousy leads to a fight between the two men.

Scene 3:
The day of the bullfight Escamillo, appears arm in arm with Carmen as Don José is spying on her. Carmen knows this, but nevertheless defies the danger. José appears, humbles himself before Carmen and begs her to start a new life with him. Carmen tells him:"You never can make me love you again. No one can make me do anything. Free I was born, free I die." Escamillo's victory interrupts the bitter discussion. Carmen rushes towards the torero. When José stops her, she brutally, cynically and openly declares her love for the torero. José, blinded by his mad passion, stabs her in the heart. Don José falls on Carmen's body, cries out to her in desperation and lets himself be arrested. He has killed his love.

Performers will let the magic of the operetta take over from famous composers such as Lehar, Strauss and Kalman. You will enjoy well known arias from The Gypsy Princess, Countess Maritza, The Circus Princess, and much more. 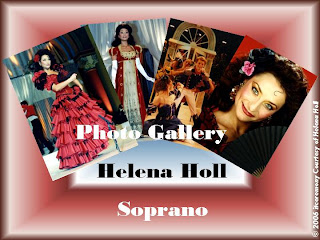 Carmen
From Wikipedia, the free encyclopedia

Toronto: Salute to Opera Talents!
An Evening of Opera and Operetta 2006 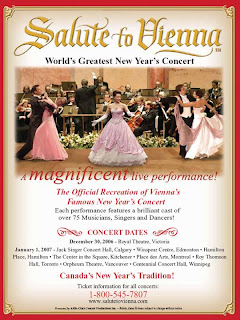 Ottawans can ring in the New Year Austrian-style with "A Salute to Vienna". Billed as "An official recreation of Vienna's famous New Year's concert," the performance features something called the "Strauss Symphony of Canada™" conducted by Bernhard Schneider, with soprano Helena Holl, tenor Wolfgang Gratschrmaier and the National Ballet of Hungary. Jan 1 at Southern Hall. 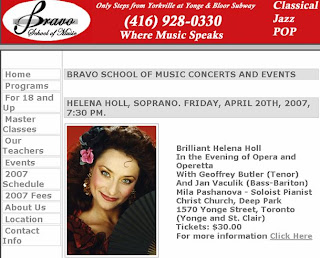 Bravo School of Music Concerts and Events
Helena Holl, Soprano. Friday, April 20th, 2007, 7:30 pm.
If you know somebody who might be interested in this event, please forward this post to them.
http://artjunction.blogspot.com/2007/04/toronto-evening-of-opera-and-operetta.html

Posts that contain Opera And Operetta per day for the last 30 days.

Get your own chart!
Posted by The Vision Builder at 9:58 PM No comments:

Photos from Easter Around the World Festival in Toronto 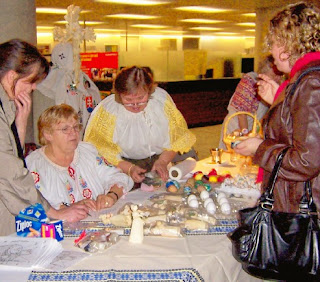 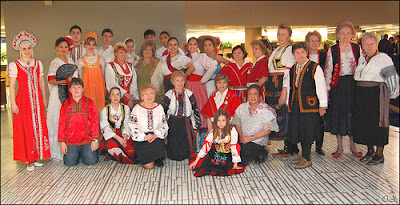 Participants of Different Ethnic Communities at the Annual Easter Around the World Festival
Photo © Oksana Shlakhter
Uploaded on April 2, 2007 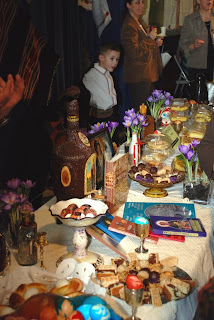 I would like to express my immense gratitude to Liudmila, Oksana, and Zoran who were kind enough to share with me and with you their wonderful photos taken at the Annual Easter Around the World Festival on April 1, 2007.

New links from the web: 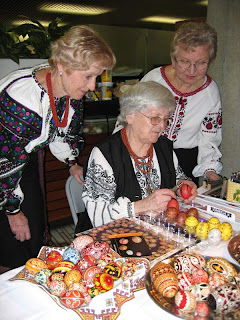 Photo from Easter Around the World Festival that took place on Sunday, April 1, 2007 at Toronto City Hall
15 different ethnic communities where on hand displaying their own Easter traditions.
Photo © Wendy Limbertie
Uploaded on April 1, 2007
Posted by The Vision Builder at 2:12 PM No comments: