Sweet Success at the Chocolata 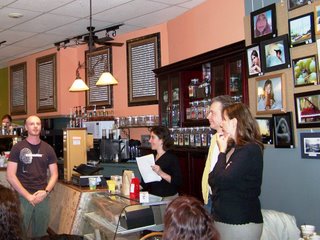 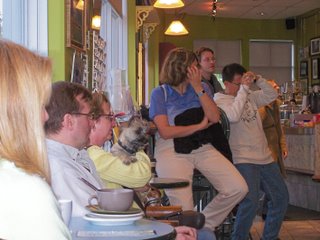 On the Flickr, Nobody Knows That I Am a Dog
Originally uploaded by itceremony
Cafe Chocolata: the Awards Night

On Friday, May 26th in the Cafe Chocolata was held the award night of 15 amateur photographers who got the highest amount of votes the visitors of the café during the photo exposition. Everyone who came to the cafe and ordered coffee, tea or sweets could take part in a ballot for an art work. People have come several times to choose the adored photos; there were whole families with children and friends to support the works of their beneficiaries. Some folks were interested in the possibility of purchasing their favourite photographs.
Almost one hundred photos of different genres and techniques were displayed on the walls of the cafe. There were photos in a memorabilia style ‘I’ve been there’, but, also there were extremely professional works with the extraordinary foreshortening, art composition and setting of light. The different genres have been represented: a landscape, a portrait, a macrophotography, architectural compositions; works in colour and black-and-white, digital or film media.
It looks like among the participants of this friendly competition were representatives of practically all ethnic communities of Toronto. The ceremony of awarding was warm and informal. There was a little table with 15 prizes: elegant packing sets with tea, coffee, sweets, and amusing mugs. Each winner chose a lovely gift.
There were visitors who have regretted that did not participate in this First Exhibition of Amateur Photographers. We hope that in the nearest future the owners of the Café Chocolata can run next exhibition-competition.

Congratulations to all participants! 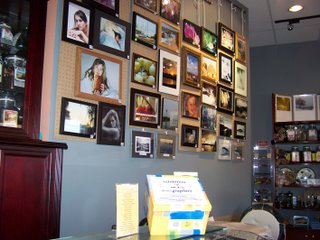 This small and incredibly hospitable café initiated their First Exposition of the Amateur Photographers in April-May 2006. The diversity of objects, landscapes, architectures, flowers, animals, pets, people; the diversity of styles, techniques, and experiences are incredible. Just come and you will experience it.
The organizers get encouraging feedback from the Chocolata’s clients who liked the idea of an exposition of the amateur photographers and its implementation as a photo gallery.
Each of photographs is a winner. The votes were counted on May the 12, 2006, and the Awards Night will be held on Friday, May 26, 2006 at 7:00 pm.

We hope that this function can become a part of CONTACT Toronto Photography Festival which spreads annually across the GTA in May. 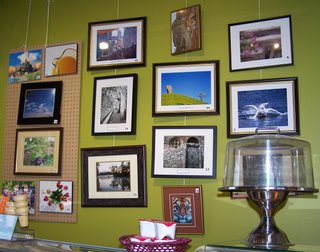 The Café CHOCOLATA in Mississauga: their First Exhibit of Amateur Photographers April-May 2006
http://flickr.com/photos/itceremony/sets/72157594148801986/

Кто из фотографов-любителей заинтересован участвовать в выставке в Торонто, вот объявление: The best at the West End of the GTA Café CHOCOLATA announces a CALL FOR PHOTOGRAPHS for their First Exhibit of Amateur Photographers. The exhibition will take place at the cafe CHOCOLATA...

Posts that contain Chocolata per day for the last 30 days.

Get your own chart!

Posts that contain Photography per day for the last 30 days.

Get your own chart!
Posted by The Vision Builder at 9:55 PM 2 comments: 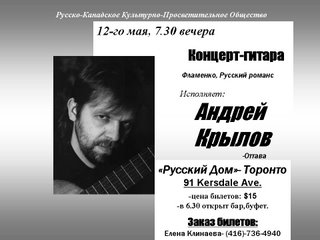 Posts that contain "Toronto Events" per day for the last 30 days.

Get your own chart!

Get your own chart!
Posted by The Vision Builder at 5:42 PM No comments: 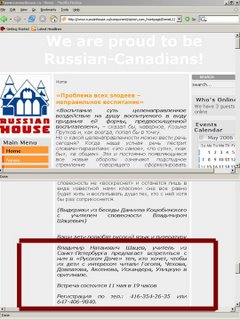 Vladimir Natanovich Shatsev, a Russian Literature Teacher from Saint-Petersburg invites those who want their children like to read books by great Russian writers in original to meet with him.

The literary soiree will be held in the Russian House Community Centre on May 11 at 7 pm. 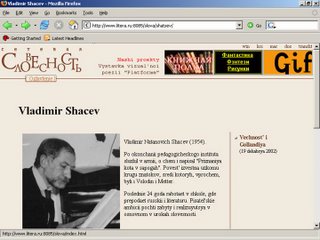 Боровик - http://borovik.livejournal.com/
Posted by The Vision Builder at 11:15 AM 2 comments: 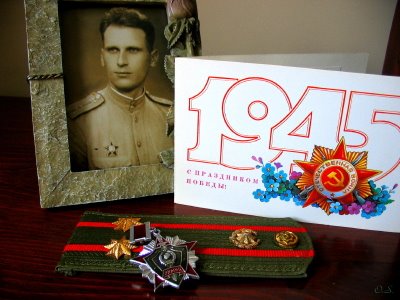 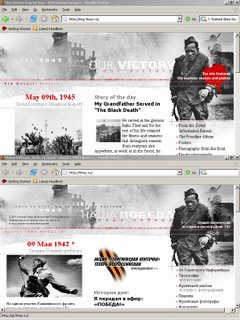 Credit: Our Victory Day by Day - RIA Novosti project
Наша Победа. День за днем - проект РИА Новости
Victory Day is our celebration of the end of the 1941-1945 Great Patriotic War.
On 9-th of May we honour our veterans: our parents and grandparents who have passed all burdens of this war, and we recollect their main dream of the future: World peace and that any war has never repeated.

Victory Day - Wikipedia, the free encyclopedia
Victory Day on May 8 and May 9 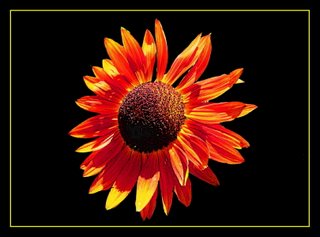 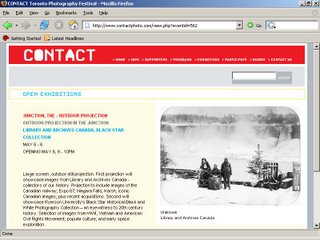 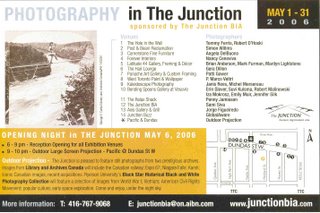 Posts that contain "West Toronto Junction" per day for the last 30 days.

Get your own chart!
Posted by The Vision Builder at 11:40 PM No comments: 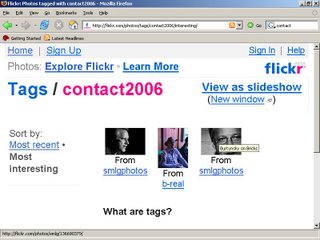 MARK THESE KEY DATES FOR CONTACT TORONTO PHOTOGRAPHY FESTIVAL
MAY 1 – 31, 2006

TORONTO, ON, April 13, 2006 – CONTACT, North America’s largest photography event, will be launched on Friday April 28, 7:00 pm to midnight (remarks at 8:00 pm), at Brassaii Bistro and Courtyard, 461 King Street West, with a public celebration of its 10th Anniversary. Though the popular festival spreads across the GTA, much of the festival programming will be concentrated in Toronto’s Art and Design District on King Street West, giving it a destination focus.

With more than 187 venues in this year’s CONTACT Toronto Photography Festival, some of the program main attractions include:

CONTACT Public Installations/ on view May 1-31 at the following locations:

This year CONTACT is introducing a new pocket-sized passport as an essential guide to the festival. CONTACT’s 2006 Magazine, an expanded anniversary edition, features special essays and informative details on feature exhibitions, international lectures, film screenings, public installations, educational programs and details all festival exhibitions. It is available at participating venues as of April 19 and at Air Canada Maple Leaf Lounges across Canada and internationally.

For information on programming and/or high-resolution digital images, please contact:

Posts that contain "Contact Photography Festival" per day for the last 30 days.

Get your own chart!
Posted by The Vision Builder at 11:29 PM No comments: